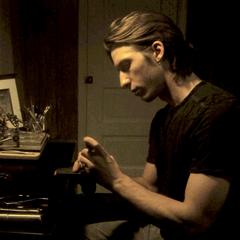 Sphere + Sundry’s first official collaboration is with goldsmith Tony Mack, who provides unparalleled service in the world of bespoke talisman casting. Having worked with him directly on private projects for around 7 years, we are thrilled to offer his handiworks to our valued clients. His official bio and website can be found below, in addition to the works that he has masterfully produced on our behalf.

Tony Mack is a professional Jeweler and Metalsmith based in Williamsport, Pennsylvania – creating specialty jewelry items and custom metalwork from his home studio. He received training and certification in Jewelry Fabrication, Gemstone Setting, and the ancient ‘Lost-Wax’ Casting technique in 2008 from Studio Jewelers ltd in Manhattan, New York.

Tony specializes in working with clients on a one-to-one basis, with careful attention and a sensitivity to your specific needs and intention for the piece. You can learn more or procure his wares and services here.

The Shop is currently dark.

You are welcome to peruse the site, but every item (other than Plus Memberships, digital Gift Certificates, or Account Top-Ups) are currently set to out of stock, which means they are unavailable for Checkout.

This marks the Age of Air shift in Sphere + Sundry’s model, where we are shutting down more routinely to prepare launches and spend time creating courses, books, and other diversified forms of content. For more information, see this update!

We re-open in mid to late May with the launch of the Saturn in Capricorn series. Other existing stock will also become available at that time. Feel free to Join the Waitlist or add items to your Wishlist that interest you. Offerings that have an “out of stock” banner on their image are permanently spoken for. Those without will rise again.

Thank you for understanding  🥰 🙏