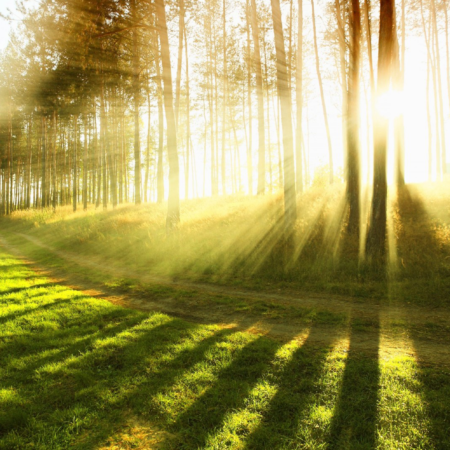 Mindstream posts are more personal, poetic, meandering, and reflective in nature than the other more practical and informative posts found on Sphere + Sundry.
It is the category name I’ve chosen for what could be called personal blog entries.

The creation of the Regulus series was the first time I’ve ever worked with that star in particular.

Being “goth on the inside” with a 12th house fallen Sun, I never understood Solar appeal. Austin and I spent most of our adult lives working + sleeping in rooms with black blankets stapled to the windows to shield us from the Sun’s obtrusive and insistent rays. I’d openly hiss to address them when I stepped out the door as my eyes would violently adjust.

We were the smart, scary loner kids with bad attitudes that our peers didn’t know how to relate to or what to do with — I’m sure *many* of our adult friends came from similar socially formative experiences.

All the old astrological material talks about how unfortunate the 12th house is in particular — how it’s the darkest of the dark houses and only brings misfortune and loss, taking ownership of occult topics and void or liminal spaces, which, admittedly, most people don’t have much use for.

Traditional astrology is super hot (especially with the youngins) and I’ve been heavily influenced by that material, but still don’t feel the need to label myself or identify as a ‘trad’ astrologer.

I find the trend of overly identifying with labels or particular systems, when so many of our prescribed models are outmoded, and there are infinite ways of Being in a state of perpetual becoming and disintegration, is — in a word — limiting.

It’s heading down an important road, but in the wrong direction.

Nothing is True.
Everything is permitted.

The point is to transcend categories, not to fuel the infinite fracturing and derision of our time. Everyone taking up arms against that which chafes their rigid ideologies, rather than become polished (as a rock tumbles) in order to create and *experience* less friction and suffering. We see it and hate it in everyone else, as we allow the same virus to proliferate in ourselves.

What you call yourself is a tool. What They call you is a distraction.

Neither come close to describing who and what you are. A God in mid-process of reclaiming their own divinity.

We are whole and perfect on the inside. Our crusty exteriors — composed of thoughts, biological values, social expectations, and cultural conditioning — divides us from our own light. Those on the Path sense its warmth, and Work to liberate it from the dungeon of incarnation.

We’re all so upset that these seem like end times, but there have been end times before. The Earth will live on, and so will our souls, no matter the horrors or pain we suffer this time around. It is still the RIGHT thing to mitigate suffering to the extent it is in our power, and do our part to create a better world.

But don’t lose the forest for the trees.

It doesn’t matter what hill you die on, you’ll be born again shortly enough. And there will always be another hill just over the horizon — until your own light shines so brightly that it blots out all else. You are too busy Being to Do, or to categorize.

The old astrologers hated the 12th house because the human world had no place for occult wisdom. It meant loss and failure because other people punished occultists with alienation, torture, and death. It was the people who made it so.

Froo-froo newage has no appeal to me, but they have some good tech. The 12th house doesn’t *only* mean what it used to, because things change.

We’re living in a time where I can wake up on a Wednesday, post a status like this openly on the internet, and have the *luxury* of not being burned at the stake. Lots of our friends are making their way in the world doing things that would *never* have been allowed before.

THAT is a glorious thing.

If you’re a weirdo who is doing your own thing, there has never been a better time to be alive.

Weirdos at large are fantastically monetized, now. Or have the capacity to be. We have many of the same tools at our disposal that only the controlling interests and “means of production” had access to for hundreds of years. We have better roadmaps to navigate these shifting tides of late capitalism, and provide for ourselves in ways the broken system can’t, than normies do.

That is unprecedented. That is the liberation of True light from the darkness of artificial light — mass market overheads designed to keep us disempowered, controlled, and confused, in our respective shitty little cells of incarnation.

The same false light we were trying so desperately to keep out with stapled window blankets. The false light giving real light a bad name.

But along our paths, we’ve found our way. We’ve gone from being outcast kids to successful, and some might even say “popular” (which 13 year old Kaitlin would have found insane), adult humans who can be seen for who we are and appreciated for the weird ass work we do in the world.

Adjusting to that has been strange. We never had the audacity to expect such a thing would be possible.

But it is. And for you, too.
On your own path, and in your own way.

Much of this has been said in some form or another by occultists before me, and will be echoed in perpetuity because the Truth never ceases to be.

But it is one thing to be Told something. It is another to Know it. To have the truth of it shine through you, and feel it because it exists in the core of your divinity, as you’re in the process of emanating.

Working with Regulus has helped guide me toward my version of true light, 12th house as it is. All of the world is a wasting voidscape now, anyway, but that is where stars are born.

This is my interpretation of Gordon White’s “becoming invincible” and Austin’s “headlessness”. A lot of good work is being done right now to restore natural order and illuminate the illusory darkness of our temporary and myopic human perspectives.

And I’m so grateful. What a time to shine.

Give the Perfect Gift Using “Real” Astrology + the Natal Chart