In the pre-dawn Solar hour of August 9th, 2019, the Sol in Leo series rose brightly into being. Upon completion of the operation, as the Sun shone to bathe the East facing altar in freshly born light, tears of overwhelming gratitude and appreciation began to flow. The energies were so palpably healing, whole-making, and clarifying. Utterly radiant. Warming. Life-giving.

Kintsugi is the centuries old Japanese art of repairing broken ceramics with a veneer of precious metal, most often gold. Salvation of such an object necessarily creates some form of scar tissue — typically regarded as unsightly, serving as a burdensome, painstaking reminder of prior brokenness and its resulting imperfection.

Through Kintsukuroi (“golden repair”), the object is not only made whole again, but elevated by its very breakage. Gleaming veins of incorruptibility serve to honor and glorify the item’s unique history, through which it becomes truly singular — more beautiful, and more precious, for all it has lived through. Hard won, well-earned Redemption. 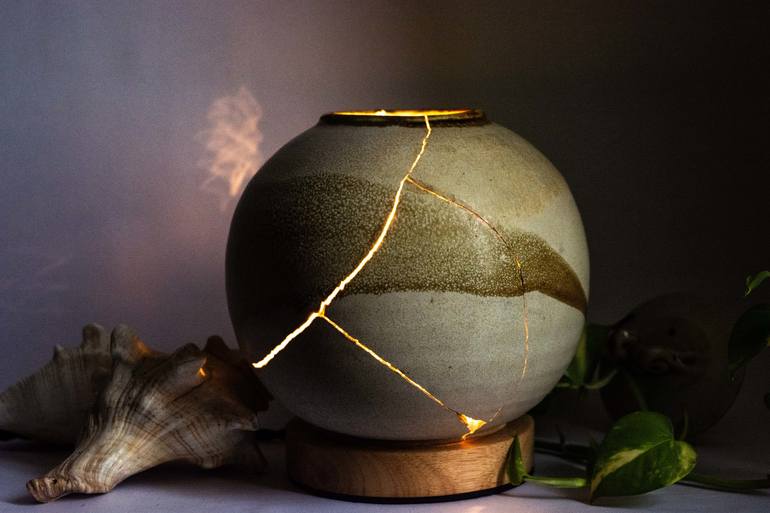 Gold is the metal governed by the Sun — warmly toned, virtuous, and highly regarded for its function and aesthetic alike. It withstands patina and tarnish over time, effortlessly maintaining its raw brilliance and conducting energy with tremendous efficiency. Relative softness and malleability make it an easy metal to work, but still strong enough for every day wear and application.

It’s one of a precious handful of commodities humanity has continued to recycle throughout time, with virtually no degradation. Gold worn thousands of years ago by an ancient Egyptian Pharaoh may have been re-melted countless times and comprise a portion of something newly minted, perhaps owned and worn by you, precious reader. It’s one of the very few things we’ve taken collective pains to maintain and recycle, and never discard, and as a result, nearly all the gold that’s ever been discovered is still in circulation or intentionally well-kept.

A classic and primary alchemical pursuit was the transformation of base metals into “noble” metals, of which gold was King. The process of its purification was seen as a means of purifying the human soul, and important Vedic texts described a connection between gold and eternal life. 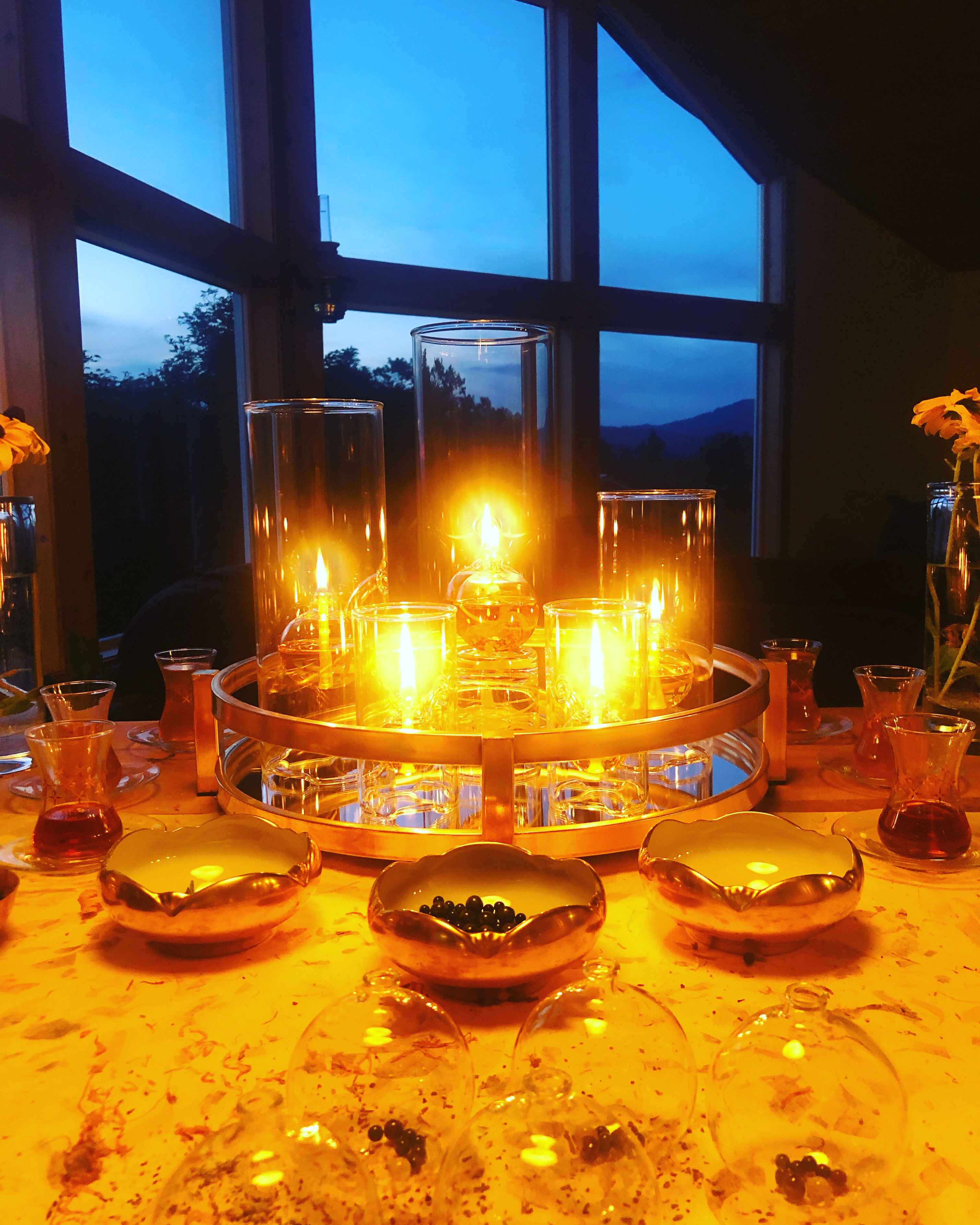 Sol is Humanity’s Own Star — the focal point and circle (☉) around which all the other planets in our system, including our own, revolve. Without it, there would be no life [as we know it], no human consciousness, no human being.

That’s not to say that the Sun’s light can’t bring obvious harm and imbalance. Anyone who has ever had a sunburn, stared directly into its heart, or been without recourse in a desert can confirm as much; but a sophisticated, classically informed astrology reveals that each planet and luminary has conditions under which it gains extra power and generates desirable results.

This series was created while the Sun was in its own rulership in the sign of Leo. Sol, like Luna, governs a singular sign, making its presence even more concentrated and keenly felt. While all of the actual planets traditionally hold rulership over two signs, each bifurcated into their yin and yang aspects, the Sun and Moon exist as one another’s primal and eternal counterbalance. The Sun is the most basic generative, active, and unifying principle of life, self, and Sphere, and the Sol in Leo series captures that pure, straight forward Sol-fire — fixed, simple, and potent.

Sol is constantly and generously radiating light and heat, on its own behalf because that’s its nature (doi!), but also for the benefit of all that relies on it. Our ability to access it is entirely dependent on our position in relationship to it. The absence of its light is our illusion based on the rotation of our planet or individual circumstances — never in human history has it stopped shining.

[Our experience of Eclipses being the exception, which are anomalous assaults on the light our life-supporting luminaries carry, and are therefore malefic events for the Sun and Moon. I will never cease spotlighting that fact. Back to our regularly scheduled programming… #eclipsetruther] 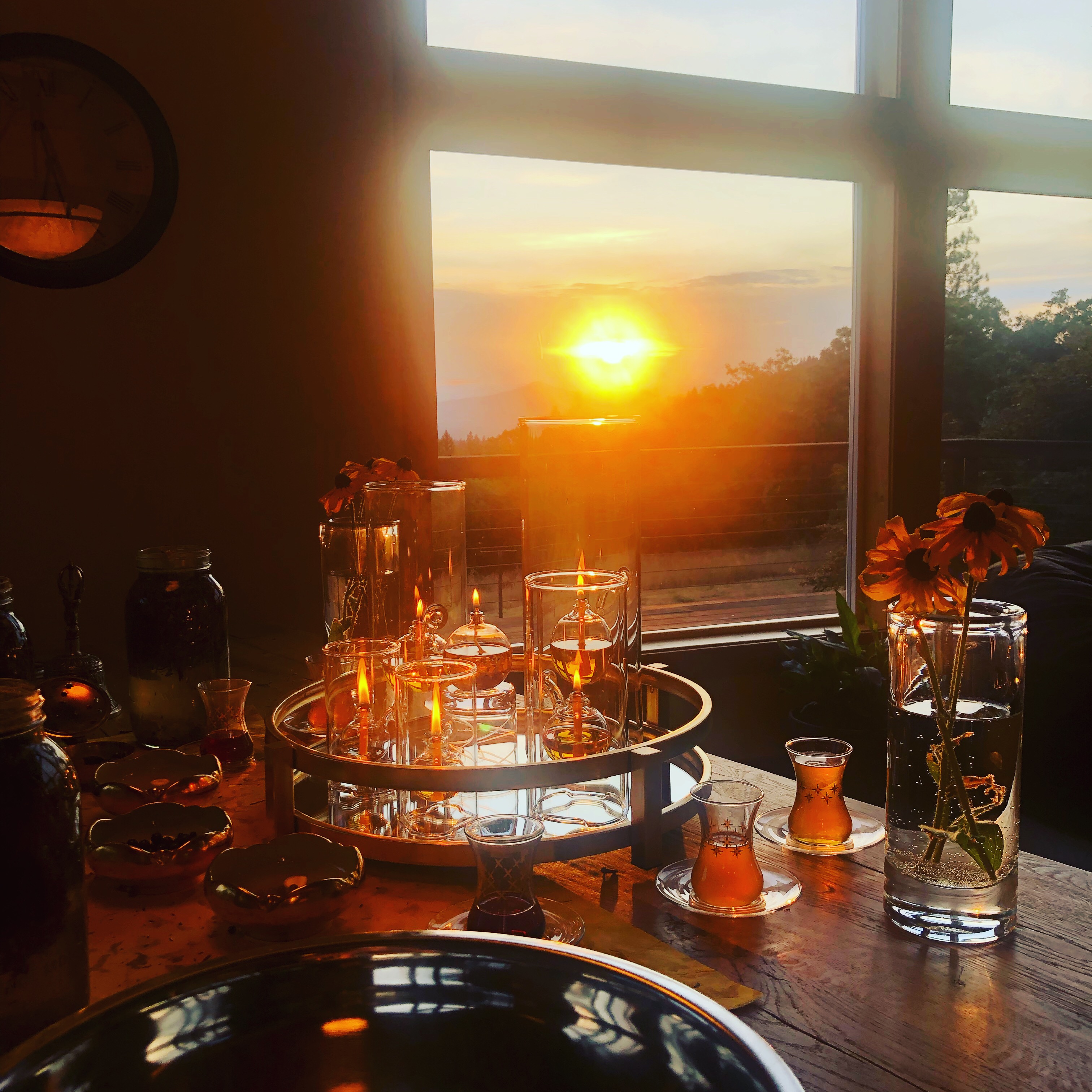 The same can be said for what the Sun represents in ourselves. Your immortal, divine, and incorruptible So(u)l  is ever pulsing — throwing sparks of creation — leading, feeding, and illuminating that which relies upon it; the body itself (in turn, governed by Luna), the vessel for its animating force — your spirit and consciousness. Your ever-beating heart, so long as you shall live.

…this time around anyway 😉

But what exactly can the Sol in Leo series be used for?

So how does this series compare to that of the fixed star Regulus? To be clear, they have a TON of similarities. Both are great for Kingship, sovereignty, fame, and have big overlap. The following is a deep dive exercise in hair splitting for those who have offerings from both series, or are choosing between them.

For starters, each and every one of us have the Sun in our natal charts, whereas not everyone has a strong Regulus placement. The Sun is a personal part of our human experience in a way the far off fixed stars will never universally be. That’s not to say one has to natally possess heavy Regulus to use that series — they do not by any means. The magic and power of the star can be harnessed to do what it does regardless of personal relationship. 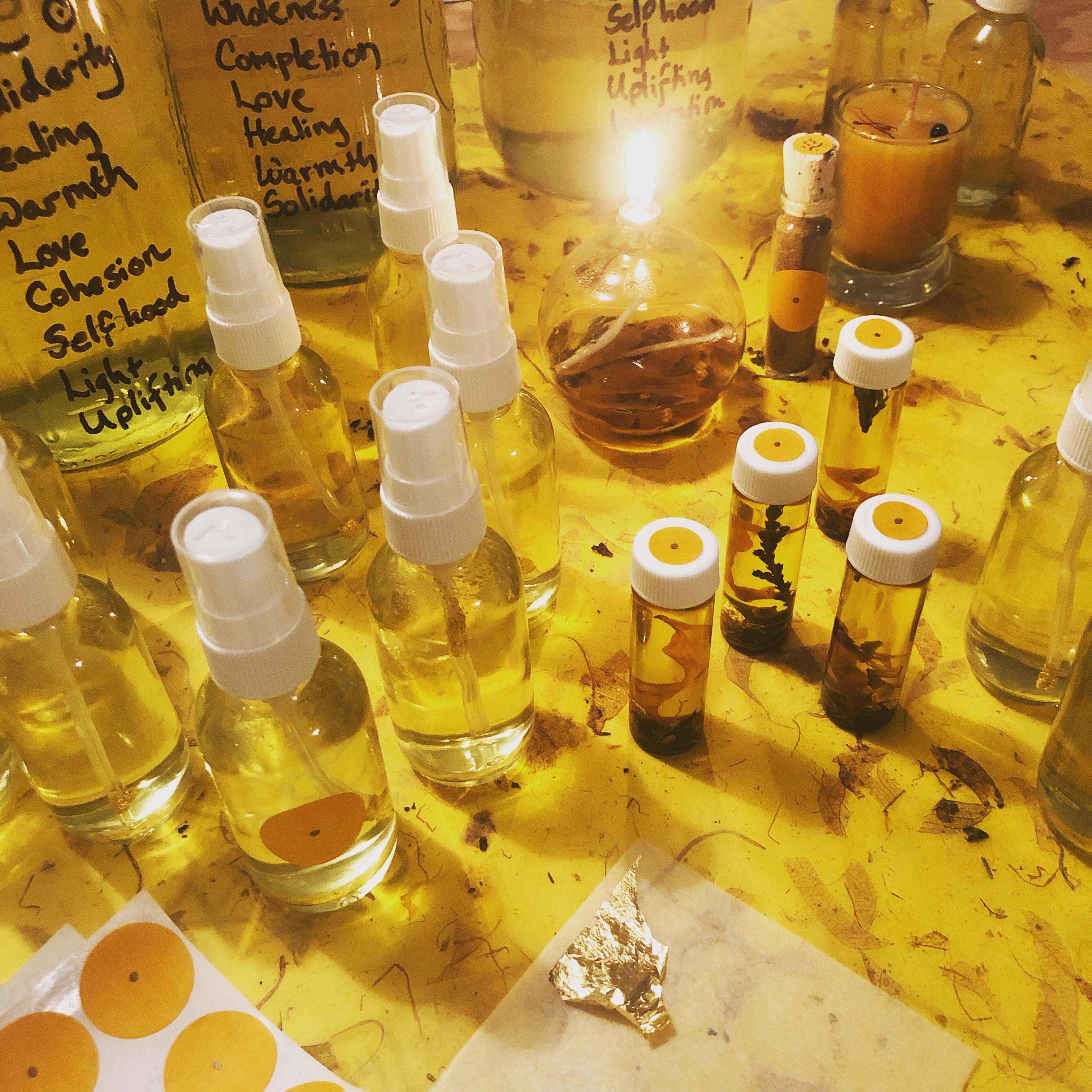 Zooming way, waaay out… it’s to make the point that our Sun is Humanity’s OWN star, and our local Solar system is actually the body we reside within in the big scheme of all spacial creation, known and unknown. As we gain enough distance and perspective, the Sun functionally inverts, coming to represent the closeness, embodiment, and materialized support we typically look to in Mother Luna…. all things being relative.

Regulus is exactly 360 times (Solar number, the amount of degrees in a circle) the luminosity of our own Sun, which is but one indication of its meta-Solar nature. From such a perspective, if we look at Regulus and Sol in exclusive relationship to one another – perhaps in the formation of a yin yang, our Sun represents the yin portion. Both oversee and govern similar principles, but the Sun is our innermost force of animation — close, deep, personal, and Regulus is far, far exterior.

Regulus is the spotlight as Crown, descending from overhead. It brings about the external validation of an applauding crowd, the favor of the powerful, and elevates us over others in terms of importance, success, and visibility. It’s one of the 4 Royal Fixed Stars, the one having most to do with Solar principles.

The Sun, for the sole purpose of this comparison, can be regarded as more personal and heart-centered, a source of inner radiance which facilitates better congruence, personal purification, and healing. Both can be layered and worked with together to great effect, and both can be used for similar purposes overall, but Regulus’ impact could be more externalized, and the Sun internal. It also depends, however, on one’s personal relationship to the position of Regulus and Sol in the natal chart.

Returning for this series is Elizabeth Barrial of Black Phoenix Alchemy Lab and Twilight Alchemy Lab, who in affectionate remembrance of the much beloved Heart of the Lion, ritually blended a larger run of The Golden Sovereign talismanic perfume during the equivalent election per her location.

No attention to detail was spared by Jeremy Bechelli’s contribution of a loose incense, jewel-like and resin rich. Phytognosis also supplied the high grade Hojari frankincense used in Sphere + Sundry’s powder and self-igniting incense for this series, and is the provider of our improved chemical-free, easy light bamboo charcoals, available as an add-on for loose incenses.

And as always, we thank astrologer Austin Coppock. For his electional services of course, but also for being a constant source of divine inspiration, and the singular point around which your narrator’s heart orbits.

Each order comes with basic instructions for use, timing suggestions, and a prayer, in addition to an invitation to join Sphere + Sundry’s private client forum (now off of social media) for ongoing support from both creatrix + community.

By the divine right of Sol,
may all our lights shine bright and eternal!