Please do get in the habit of trying though — to reduce the support burden on our Team, so we can spend less time answering support inquiries and more on providing expeditious resolution!

Sphere + Sundry’s first Jupiter series was Jupiter’s Lightning Rod, which emphasized the thundering-power and lightning-fast aspects of the Greater Benefic. This one, Jupiter’s Bounty, highlights Jupiter’s generous, sustaining, and fruitful qualities, promoting a sense of nourishment, wellbeing, and goodness. It provides a classically uplifting, benefic and juicy Jupitarian charge, ideal for prosperity magic, luck increase, Jupiter remediation, and the promotion and preservation of All Good Things. In Ayurveda, its character would be described as sattvic, which describes a class of foods that are fresh, nutritive, and tasty, giving the body the energy it needs to thrive and achieve balance. As a quality in and of itself, sattva relates to harmony, purity, creation, constructive growth, holistic positivity, luminescence, serenity, presence of being, and the promotion of peace and virtue. All of these speak to Jupiter’s exaltation in the Moon’s sign of Cancer, where slow, secure, and protected growth over time yields the most excellent and sustainable results, such as the generation of pearls from grains of sand, or fruit from seed.

Fruit itself, though commonly thought to be ruled by Venus, is Jupiter’s expression in the verdant sphere. Flowers belong to the Lesser Benefic, which serve as magnets and vessels for pollination. Once a flower has been successfully pollinated, its petals wilt and fall away, while the ovary containing the fertilized ova is in the early stages of becoming fruit. Fruit, as the Moon itself, waxes over time until it reaches a point of maximum fullness and ripeness, and from there begins to decline.

At the point of ideal harvest, or just before, creatures are drawn to the sweetness and nutrients ripe fruit contains, and its consumption gives them increased energy to go about their breeding and recover from winter, or create reserves for it. Seeds contained in these fruits are scattered throughout the land by the millions, though only a lucky few will survive the long journey to someday generating fruits of their own.

Jupiter has a well known (and much joked about) association with sperm and semen, which represents chance and base potentiality. Of the average 100 million sperm each lightning strike of ejaculation provides, only 1 might be lucky enough to fertilize an egg, and even then, the chances of their union coming to fruition are extremely narrow. All manner of things need to occur in perfect concert for the successful arrival of each new life, and through this lens, its rare preciousness is made evident. 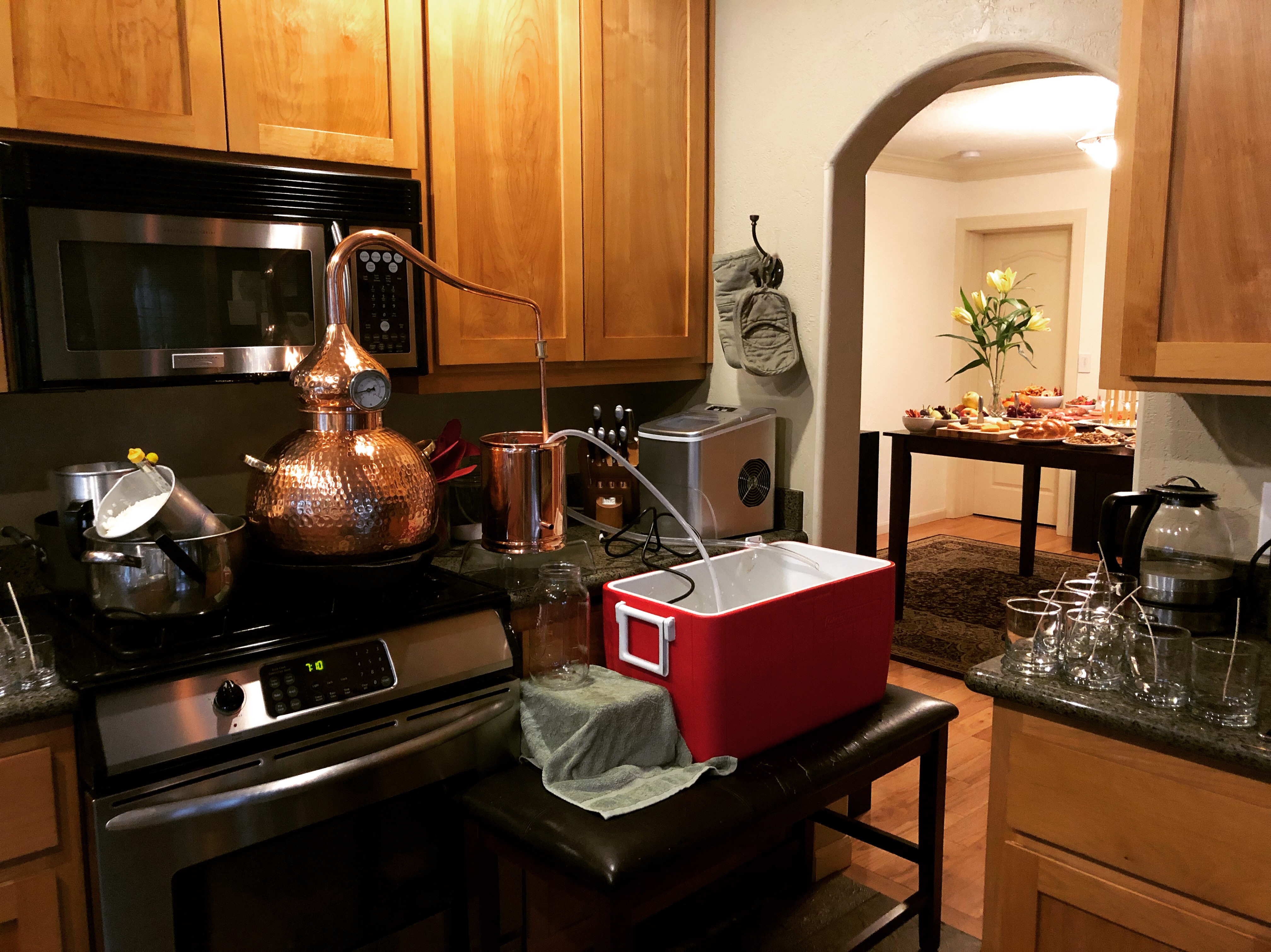 The Jupiter’s Bounty series was created under the auspices of Jupiter in his own rulership, conjoined Luna on the midheaven, ruling the 10th house and rising (as always, the chart is in the image gallery for each offering). Jupiter was moving slowly and steadily at the time, which informs the ingredients chosen, the intention behind the series’ construction, as well as its mechanics and manifestations, being described as you read.

The Moon was in the nakshatra Jyestha, overseen by Indra — a Hindu and Buddhist guardian deity syncretized with Jupiter, Zeus, and Thor, among others. From Wikipedia:

In the Vedas, Indra is the king of Svarga (Heaven) and the Devas . He is the god of the heavens, lightning, thunder, storms, rains, river flows, and war. Indra is the most referred to deity in the Rigveda. He is celebrated for his powers, and the one who kills the great symbolic evil [an Asura] named Vritra who obstructs human prosperity and happiness. Indra destroys Vritra and his “deceiving forces”, and thereby brings rains and the sunshine as the friend of mankind.

Vritra had caused a horrific drought by keeping the rains from falling upon the land, which resulted in withered crops and much suffering. The lore follows:

In the Brahmavaivarta Purana, Indra defeats Vṛtrá and releases the waters. Indra asks Vishvakarma to build him a palace, but ultimately decides to leave his life of luxury to become a hermit and seek wisdom. Horrified, Indra’s wife Shachi asks the priest Brihaspati to change her husband’s mind. He teaches Indra to see the virtues of both the spiritual life and the worldly life. Thus, at the end of the story, Indra learns how to pursue wisdom while still fulfilling his kingly duties.

Jupiter’s Bounty approaches the role of Kingship through organic, balanced, and sustainable means. While Regulus is happy to promote the self for self’s sake, this series is focussed on the promotion of growth and gain that comes from wise decision making and devoted action over time. It encourages embodiment and 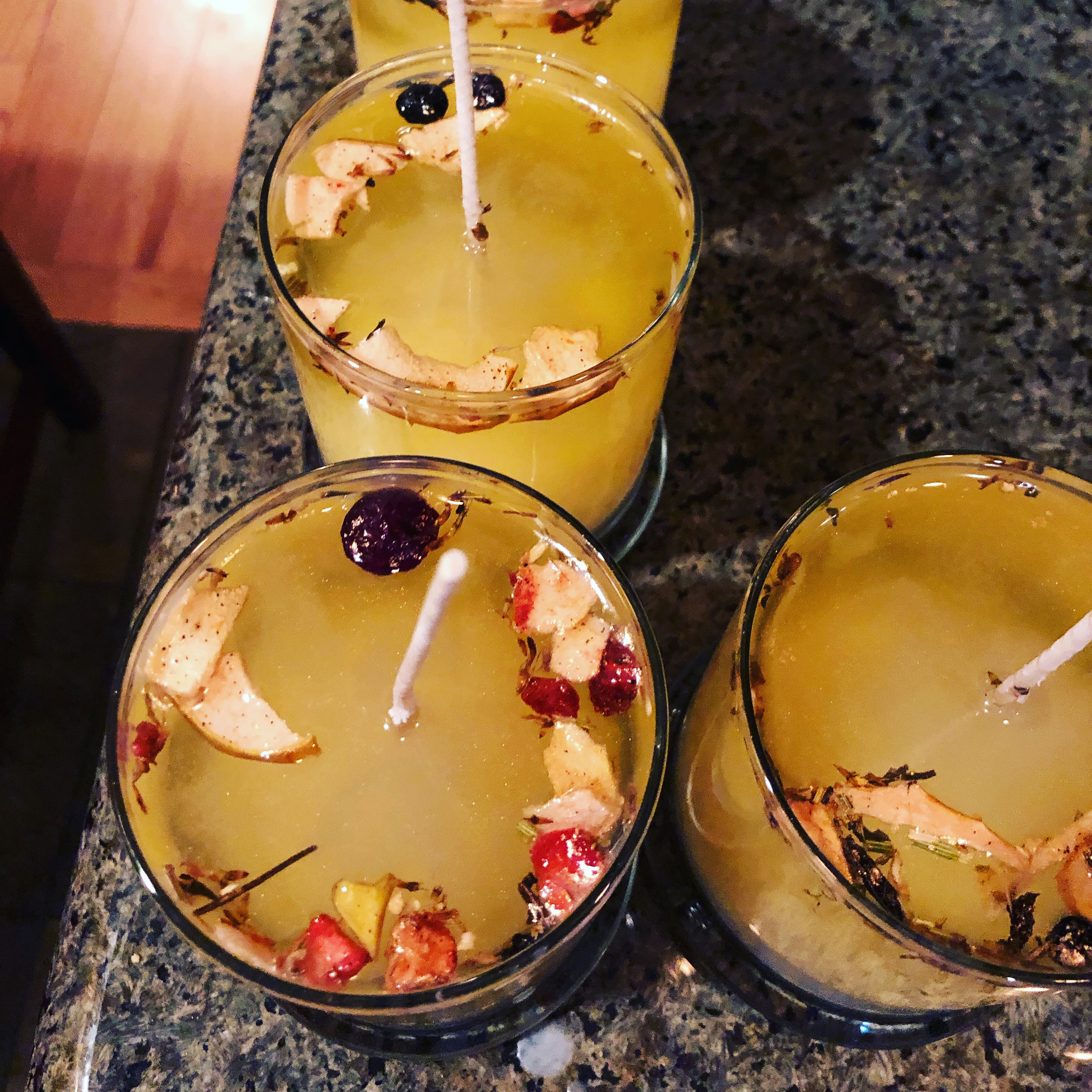 mindfulness, which are two central pillars of manifestation, while increasing one’s capacity to lead and sustain a good, rich, and harmonious life. It balances success with responsibility and power with wisdom, encouraging one to become worthy of the empowerments they seek, blessing and counseling their journey along the way.

Offerings from this series provide a very real sense of possibility and upgrades to attitude and outlook, improving head-game, but in a grounded, real, and actionable way. They don’t carry the energy of “excitement train” fast-hot-loose, good-time or no-time Dionysian Jupiter, but a more Apollonian take. The kind with the potential to facilitate a long and peaceful reign, in which the Sovereign is beloved and respected for their fairness, stability, and even-handedness, and their People are therefore happy, protected, and well-provided for, and as a result, all prosper.

What we have to remember when we talk about Kingship and sovereignty from a magical perspective is that we are our own People — the Pauper, the Joker, or the Crown Wearer more or less often, depending on our ability to manage the Kingdom of our own lives. Only if we are capable of feeding ourselves, can we feed others (and only if we are morally good would we even possess the instinct), which brings us to the core operation that generated Jupiter’s Bounty — a ritual feast.

On the Moon’s day, March 26th, a feast was prepared in offering to Jupiter during his hour. The altar table was set with cheeses, fresh and dried organic fruits, mixed nuts, humanely and locally grown roasted and cured meats, freshly baked breads, butter and olive oil, pies, cakes, incense, and flowers. These were ritually offered to Jupiter using the full call from the Picatrix with a promise that the spoils from the King’s Table would be given to those in need once the Work was done and series created, in return for Jupiter’s blessing and empowerment of the resultant materia. A bottle of fine champagne was poured into four flutes on the central altar in offering, and was left overnight for Jupiter to have his fill. The next morning during the election some of the fruits and nuts were repurposed and used as ingredients for the series itself, and the champagne was added to the hydrosol distillation, begun during the election and carried out slowly over diffused heat for the next 20+ hours, so as not to burn the fruit sugars. Many thanks to my GOAT of a husband, Austin Coppock (and his exalted Jupiter rising!), for not only providing the series election(s), but generously overseeing the final portion of distillation.

Jupiter’s Bounty was ritually crafted during the election window after further appeals to our Kingly patron, and afterward the food was packed up to be delivered as promised to those in need, with many synchronicities along the way. Now upon its release, further spoils will be cast into the world, providing a rich magical substrate in which to seed, grow, and harvest those aforementioned Good Things.

Sphere + Sundry prides itself on using the highest quality natural ingredients, and this series is no exception. All of the fruits, nuts, oils, spices, etc. are organic, uncut, and of the highest available grade, but this series is less flashy on the surface than the rest, almost humble in appearance. It doesn’t feature 24k gold or precious stones, as many others do, because it represents a more sustainable, base, and organic form of abundance — the availability of what one truly needs to thrive — nourishing food on their table, enough for themselves and those they love or wish to provide for, peace of mind, a sense of possibility, and support as they work toward a fruitful life. All real value is first generated by providing for the needs of the people — feeding them, watering them, giving them energy. Humanity’s first gold rush was the dawning of agriculture, where we learned how to seed, water, and tend to the growing of that which sustains us. The King’s regalia and presentations of wealth — jewelry and gold and castles and carriages — are byproducts of the original value inherent in produced or extracted resources. Nature’s Crown Jewels are its literal fruit, that which promotes life and perpetuates creation. Without which, what good is jewelry?

Our base needs provided for, we can choose how to apply our excesses — whether to buy fancy cars and embellish our crowns; to help others along their way and provide for those in need; or as Indra teaches — a mindful bit of both. This series not only helps facilitate our fruitfulness, but counsels on the wise application of those resources. Praise Jove!

Many thanks to our series collaborators, without which our bounty could not be served… Jupiter’s Bounty promotes patience and the generation of sustained success, overcoming feelings of scarcity and encouraging one’s sense of worthiness and capacity. It promotes productive balance, mindfulness, healthy optimism, and a sense of compassion and moral generosity.

Physically, as the rain bringer would, Jupiter is considered by traditional medical astrology and TCM to assist with the generation of bodily fluids (blood, semen, mother’s milk, etc.), as well providing support for the liver and general constitution, soothing the adrenals and nervous system.

Emotionally and psychologically, it provides a sense of support, safety, and nourishment, being gentle, reassuring, and centering in nature. Great for meditation, teaching, and triumphing against the ills and constraints of this world by helping to raise our sense of self-worth and station, and therefore our vantage. A most potent ally for those dedicated to a path of self-improvement and enrichment. Offerings from this series are excellent for routine Jupiter observations and Jupiter remediation, and are best applied routinely over time, or used magically in operations designed to bring sustained growth, beneficence, and ongoing blessings to the self and sphere.

As with all Sphere + Sundry purchases, each series includes basic instructions for use, timing suggestions, and prayer, as well as an invitation to join our client-only forum (now off of social media) for support from both creator and community.