Venus in Libra I

Venus is the planet that rules love and beauty, and she is very much at home in the sign of harmony and socializing, which is Libra. By Sphere + Sundry standards, Venus’ time in the Scales’ sign during 2018 didn’t provide any talisman worthy ‘forever’ elections, but empowered in her own rulership, she still had much to offer that will be useful. 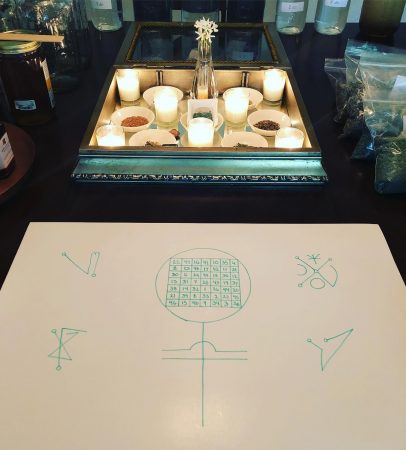 This series was ritually constructed after an invocation of Venus during her hour on the only Friday, the day which Venus rules, where she was well aspected by the Moon, and also unafflicted by malefics.

Strong Venus items promote beauty and act as a powerful attractant to others, romantically and socially. They instigate an organic and strong desire for others to be around you and desire your attention, and increases their excitement to be in your company. They act as a social magnet, enhancing glamours and making one seem the belle of the ball, feeling and coming across as more beautiful than they otherwise would. They promote feelings of acceptance, beauty, and enjoyment, in oneself and their overall sphere.

The charge on these offerings is very strong and palpably lovely. Applied to the body, they instantly induce an easy going, joyous, and pleasant state, heightening the experience of the self and others, especially in social situations. Early field-testers reported a strong sense of ease and increased draw to socialize and connect, with noted reductions in anxiety.

Another side effect is that of ‘letting be’ and ‘letting go’, as Venus doesn’t care about the details or execution of matters, so long as she’s having a good time. For this reason in day-to-day life, this series should be applied when you want to indulge in a pleasant night of social interaction, romance, or self-care. They’re wonderful to apply when you’re ready to kick back at the end of the day or on days off, because they detach the heart and mind from feelings of worry and import, promoting a natural lure towards that which brings joy and feels good to experience.

As a natal Venus in Virgo, I can personally confirm that this series is control freak kryptonite ; ) Don’t use these items when you need to be productive or do many tasks, because it’ll take the wind out of those particular sails. These items essentially provide a magically induced vacation — a cool dip in the too rarely experienced waters of detachment from obligation, in favor of self-love and satisfaction. 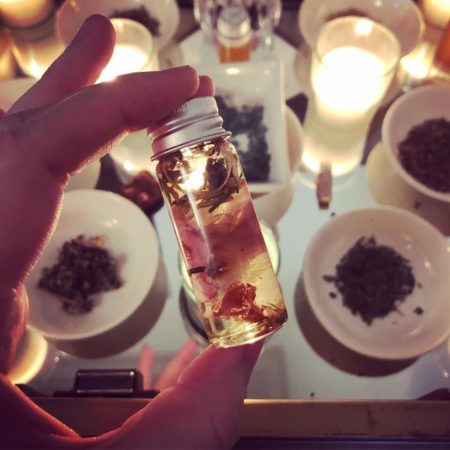 Magically, items from this series can be used to improve relationships, induce or increase glamours, sweeten situations, and/ or serve as formal offerings to Venus.

Honey and beeswax features heavily in this series, as an incredibly useful ingredient in matters both mundane and magical. Honey bees are an animal sacred to Venus, as they pollinate flowers, cooperate with one another seamlessly and selflessly, and produce the sweet, golden, incorruptible nectar that is honey. It has beautifying, sweetening, and anti-aging properties, in addition to being pretty to look upon and sensual to touch.

The oil and ritual honey both included whole honey bees in their formulation, who passed of natural causes. These treasured souls were collected from near their hive after giving an offering of royal jelly to their living brethren, and we thank them for empowering this series with their ability to travel swiftly, pollinate hearts and minds, and the gift of their sweet nectar.

As always, Sphere + Sundry elections are chosen in consultation with astrologer Austin Coppock.

Each order includes instructions and a prayer. For information on Venus altars, ritual, and offerings, click here.